When a year four teacher realised the girls in her class needed serious help navigating friendships, she developed this simple and empowering program.

When Canadian teacher Dana Kerford realised the girls in her Year 4 class needed serious help navigating friendships, she developed GirlPower in 2009, a program that empowers girls with the tools to face friendship troubles head-on. Using simple-to-understand ‘friendship facts’ and other age-appropriate skills and language to enable kids to take control of their friendships, GirlPower and its counterpart for boys, GoodGuys, is getting results.

The program has been in high demand since she brought it to Australia several years ago, so Dana, her husband and their two children, seven and four, relocated to Sydney in January 2017 to roll the programs out to primary school children across the country. We asked her to bring her in-real-life bully management expertise to the issue of digital friendship conflict. 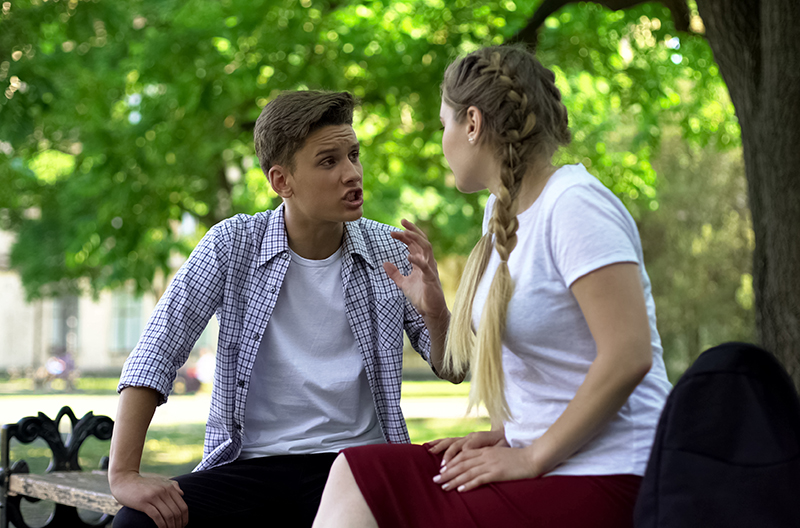 In what ways do anti-social playground/classroom behaviours migrate to the cyber dimension?

One of the biggest things we’re trying to teach children is that conflict is a normal part of a friendship. Friendship Fact #1: No friendship (or relationship) is perfect. Once they understand and embrace conflict (realising they can put out their Friendship Fires™, as we call them), they are less likely to engage in stereotypical behaviours – which are ultimately all linked to conflict avoidance. This natural urge to avoid conflict is reinforced when children are told by adults to, “Just ignore them!” What happens is, they have to put out the Fire somehow, so they choose unhealthy ways to essentially make themselves feel better.

In the cyber dimension, it’s very easy to ‘avoid’ conflict (i.e. not face it directly) while still trying to make themselves feel better. So, a passive-aggressive text message…or they don’t tag that friend in an Instagram photo…or they share a Snap with everyone but that person they’re mad at. All of these are subtle ways to reinforce an unhealthy urge to avoid conflict.

Does the process happen in reverse? That is, do some Friendship Fires arise first on social media and then make their way to the playground?

Absolutely. Children’s online worlds are a big part of their social experience and hurt feelings, exclusion, gossip, ‘The Silent Treatment’…all of these behaviours (referred to as ‘relational aggression’) happen on social media platforms all the time.

What are the most common friendship challenges in the online domain?

One of the biggest problems is that non-verbal communication (i.e. body language), which accounts for 80 to 90 percent of how we interpret the world around us, is removed from the online experience. We’re left to make assumptions. Because of this, misinterpretations and misunderstandings happen all the time. Judgements are based on limited information. Tweens are susceptible to misinterpretation of that missing link, given their social-emotional competence (or lack of it).

Some kids who are eight to 12 years old are still learning how to read and write and sometimes it’s as simple as that – a spelling mistake or a misplaced word. Simply put, they’re too young. We use this example in our workshops: When your friend tells you something surprising, you might say, “Shut up!” You’ve got a smile on your face and you say it jovially, so your friend knows what you’re really saying is, “Wow! Are you serious? That’s amazing!” When you simply type those two words, removing body language and tone of voice, your friend may picture you with your eyebrows furrowed in a grumpy, annoyed tone.

One time a girl actually said in a workshop, “That happened to my Mum! She texted her friend and her friend texted back, ‘Isn’t that convenient!’ My mum thought she meant it in a negative way, so she asked her friend about it and she actually meant it in a positive tone.” I thought it was really great that her mum had shared that story with her.

Can children use the in-real-life solutions from your programs in their social media networks?

We define conflict in two categories: Normal conflict (which we call Friendship Fires) and Mean-on-Purpose behaviour. A Friendship Fire, a situation between you and a friend that results in negative feelings is very different from a situation where someone is intentionally trying to hurt you.

For Friendship Fires: We teach kids that Friendship Fires should never be dealt with online (they should always be put out face-to-face) and you should never type something you wouldn’t say to their face. If a friend tries to engage in a Friendship Fire through text, for instance, here’s what we’d recommend: keep it short and simple. Don’t engage in a conversation over text and simply type, “I really care about our friendship. Let’s chat in person! K?” If they’re not ready to talk in person, just give them time and say, “No worries! Lemme know when ur ready to chat.” Throw in a heart emoji or frog – something to lighten the mood and let them know you’re aiming to resolve the issue and that you care about your relationship with them.

For mean-on-purpose behaviour: In our workshops, we teach children to say a Quick Comeback (a short statement) in a strong, sharp voice, when they hear or see Mean-on-Purpose behaviour, then walk away and report the behaviour to an adult. Online, we’d encourage them to also screenshot the behaviour and report it. They can type their Quick Comeback (e.g. “Not cool!”), but ensure they metaphorically walk away by leaving the conversation or blocking the person.

We use an example in our workshops called ‘The Case of the Too Cool for School’: Your teacher announces a poetry contest that you’re super excited about, so you sign up. A classmate looks at you and says, “Anyone who likes poetry is a loser!”

A kid showed me their Instagram profile where an older student had posted hate-filled comments under every photo. “Ugly hair!” was one, with lots of profanity. Another kid got a text that said, “I like big butts.” The other kid responded, “What?” The kid texted back, “Ya, like your big butt.” Kids don’t consider how their words transfer and think they’re being funny. I’ve heard of too many parents getting involved – reading their kids’ text messages, taking offence to what the other child texted, and calling the other child. This is highly discouraged! 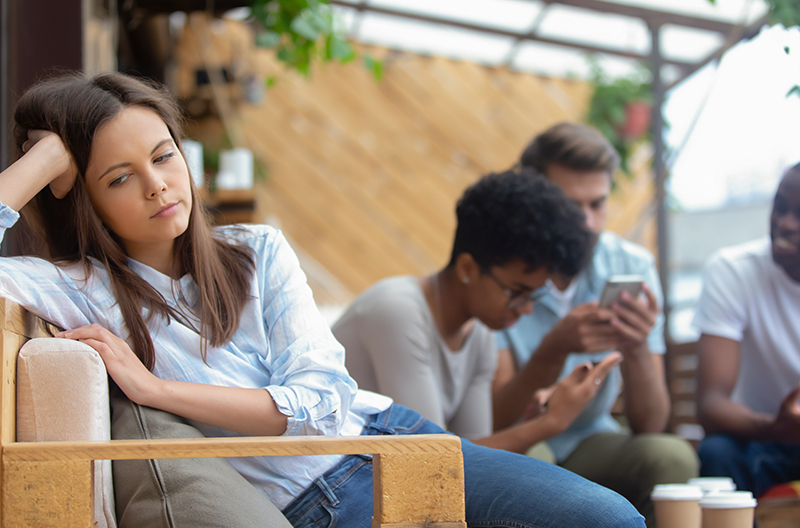 You note that there are three participants in antisocial behaviour: the victim, the perpetrator, and the bystander. What can the bystander do to diffuse it?

For Friendship Fires: In URSTRONG we talk about a Friendship Sandwich, when you feel caught in the middle of two people who are having a Friendship Fire. The goal of a bystander is to not get caught in the sandwich because it’s sticky and messy in there! Instead, they can stand up for their friend (e.g. “I think Sophie’s project is awesome!”) or say, “I’m not getting in the middle!” and immediately change the topic.

If this happens online – say, when someone uses a text to try to engage you in gossip about someone else, type “I’m not getting in the middle. Anyways, have you heard that new Ed Sheeran song?” This is what being a Friendship Ninja is all about: quick, savvy responses to keep things in the healthy zone.

In the time since you founded URSTRONG, and as our children become ever more digitally connected, what changes are you witnessing in the friendship landscape? Are friendship difficulties occurring younger? Or does each incidence of anti-social behaviour typically involve a group dynamic?

Wow, this is such a great question because the answer is YES. With our first ever GirlPower sessions, back in 2009, my students didn’t even have mobile phones. We certainly didn’t have ‘The Case of the Instagram Instadrama’, one of the scenarios we discuss in our workshop, back then! There are a lot of benefits to the online world: kids are safer, they can connect with their parents more easily, they’re learning more, they can feel they are part of a group, and can stay in touch with friends from all over the world. That said, technology has made friendships more complex.

However, there is one common theme in friendship that has definitely stayed the same, kids want to be liked and to get along. When children learn to manage conflict and it becomes part of their core, it fundamentally shifts our culture to a place of kindness and respect.

Article published by the Editor of Child Magazines:
www.childmags.com.au